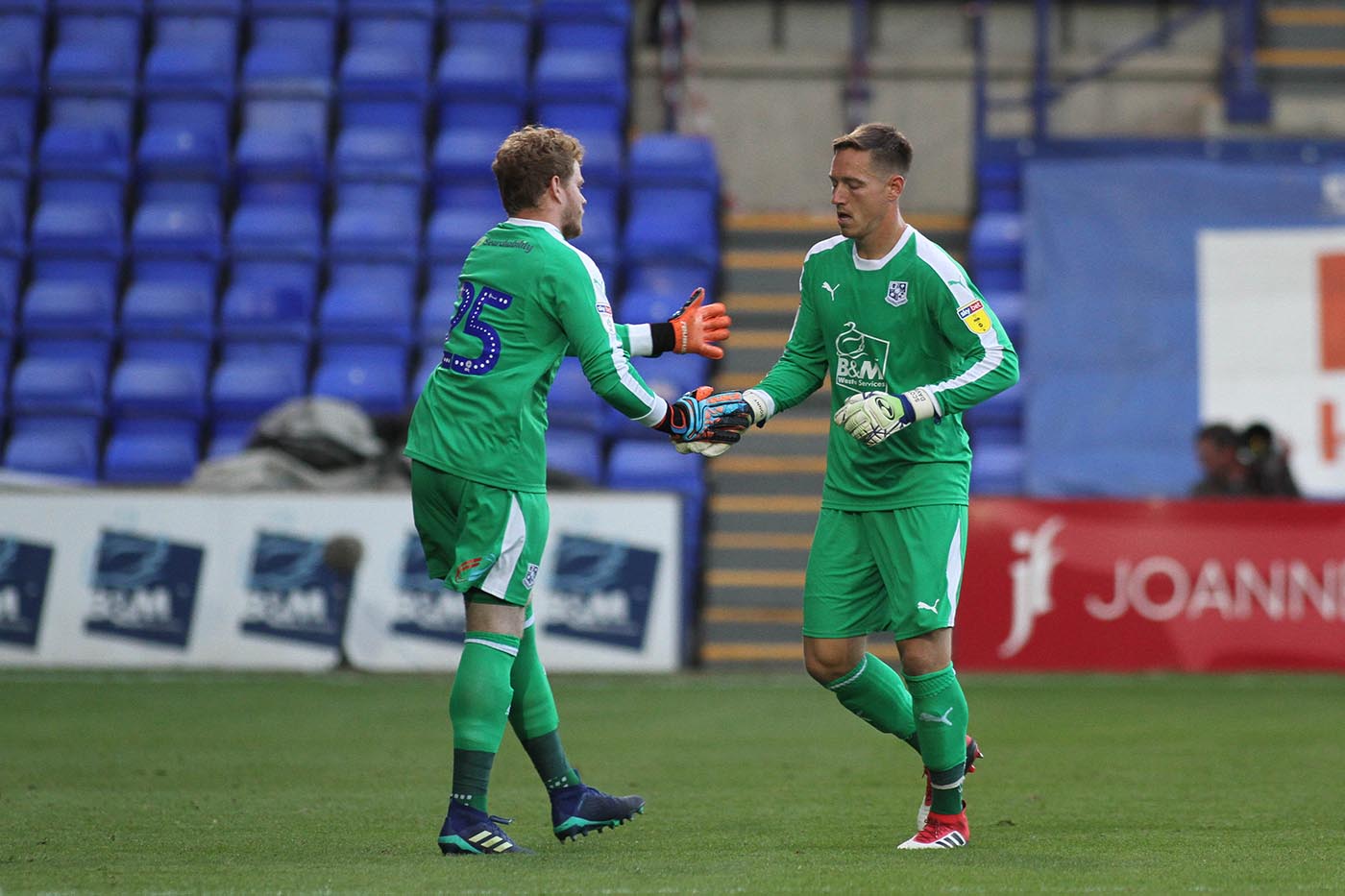 Tranmere goalkeeper Scott Davies could be set to miss the start of the new season, roversrearguard.com understands.

Davies picked up an injury during training last week and missed the match against Wigan on Saturday. He is expected to miss the start of the season now as well, leaving Luke Pilling and Paddy Wharton as the remaining goalkeepers in the first team squad.

When Davies was injured last December, Micky Mellon moved to bring in Rhys Taylor on loan from AFC Fylde rather than giving Pilling the opportunity to start games.

However, with promotion now secured and Pilling having agreed a new one-year contract in the summer, the Wales under-21 stopper may now be in pole position to start the season between the sticks. In fact, it could be the perfect time for the youngster to stake his claim.

Pilling is expected to start again tomorrow in the latest pre-season match against Fleetwood Town.

However, Rovers are putting the feelers out for bringing in a goalkeeper on loan regardless. If successful, the new arrival would push Pilling for a starting position with young Paddy Wharton continuing as third choice.

Zoom Is Back At Tranmere

What to expect from Tranmere’s game against Fleetwood Town

Game of two halves as Rovers held at Macclesfield Town

Author adminPosted on January 1, 2019
Tranmere put in an excellent first half display before being dragged down to the level of the hosts after the break in a draw...
Read More

Author adminPosted on January 22, 2019
Tranmere have signed Preston midfielder Ben Pringle on loan until the end-of-the-season. The 29-year-old will go straight in to the Rovers squad for Saturday’s...
Read More

Six To Go – Can Tranmere Get Back To Winning Ways?

Author Paul HarperPosted on April 5, 2019
Tranmere Rovers will be looking to put the disappointment of Tuesday night’s defeat against Oldham Athletic firmly behind them when they travel to Newport...
Read More

Rovers Looking To Get Back To Winning Ways

Author Paul HarperPosted on August 24, 2018August 24, 2018
Tranmere Rovers will be looking to get back to winning ways when they play host to Port Vale on Saturday afternoon. After a run...
Read More

Author adminPosted on June 28, 2018June 28, 2018
Tranmere have completed the signing of right back Jake Caprice from National League side Leyton Orient. The 25-year-old defender has penned a two-year contract...
Read More

Everything you need to know about trialist striker Amadou Soukouna

News
Author adminPosted on January 13, 2020January 12, 2020
Tranmere will be able to put League One’s fight for survival to one side on Tuesday night when they...
Read More

Features
Author adminPosted on December 30, 2019December 24, 2019
In an era when managers are hired and fired faster than ever before and poorly performing managers are passed...
Read More