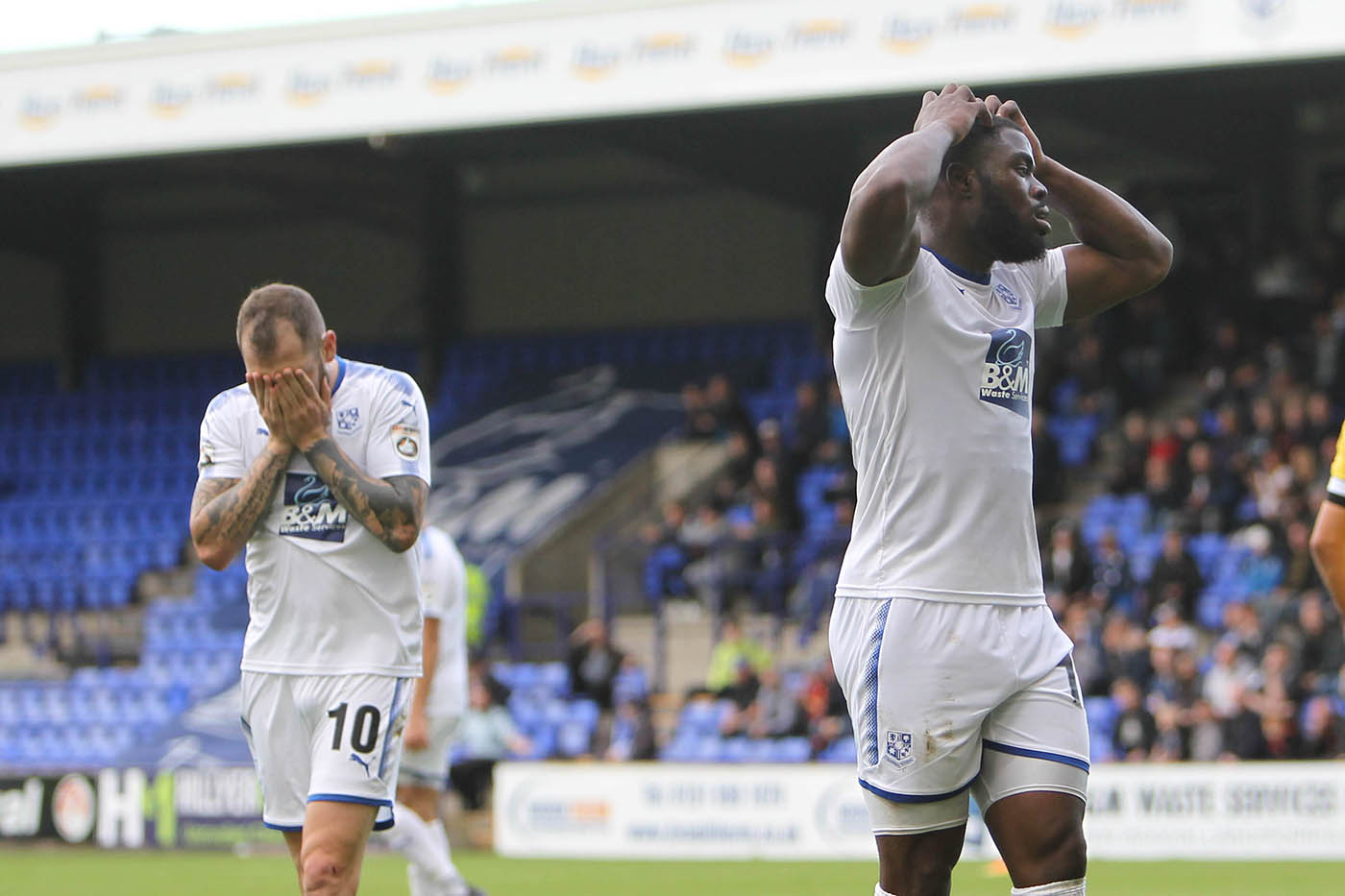 Tranmere will have to pay Chester a painful £22.5k for striker James Alabi following a tribunal hearing yesterday for the former Ipswich Town and Stoke City striker, currently on loan at Dover Athletic.

Alabi joined Rovers in the summer following an impressive season last term in which he scored 17 goals for Chester.

However, despite a five-goal haul in a pre-season friendly against Cammell Laird, he failed to nail down a regular spot in the match day squad at Prenton Park, let alone in the starting line-up.

He is also yet to score a goal for Rovers and was loaned out to Dover earlier in the season, where he has also been in and out of the team.

His loan at the Crabbie Ground is until the end of the season, however, he did briefly leave in January as he looked to be on the verge of joining Ebbsfleet on a permanent deal, a move that would subsequently fall through.

Yesterday’s tribunal will be a relief to cash-strapped Chester who are second bottom of the National League. The club hosted a charity match last night in an attempt to raise funds to keep the club running through until the end of the season.

The ruling that a fee of £22.5k must be paid by Tranmere seems somewhat out of kilter given that the player was with Chester for barely 18 months, and much of his ‘development’ was actually done at Stoke during his early days.

In addition to the fee, Chester will also be entitled to 15% of any future sell-on, which seems over-the-top given the initial fee as well.

Rovers will need to think long and hard over the coming months whether to continue working with Alabi to carve out a future for him at Prenton Park, or off-load him permanently.

Do Rovers need another striker for the run-in?

Forest Green First Up For Tranmere In Easter Double Header

Author Paul HarperPosted on April 18, 2019
The next game is always the most important, and there is another huge game at Prenton Park on Good Friday (19 April) when Forest...
Read More

Author adminPosted on September 1, 2019September 1, 2019
Tranmere left it late to grab a well-deserved point at Rotherham United on Saturday as Stefan Payne scrambled the ball home in the fifth...
Read More

Can Tranmere Make It The Magnificent Seven?

Author Paul HarperPosted on March 29, 2019
It’s important to hit form at the right time and Tranmere Rovers are certainly in good form with five weeks of the season remaining....
Read More

Rovers still in the hunt after Orient point

Author adminPosted on February 11, 2018February 11, 2018
Tranmere were held to a 1-1 draw at Leyton Orient on Saturday, a day when promotion rivals Macclesfield and Aldershot picked up maximum points....
Read More

Author Paul HarperPosted on October 10, 2019October 11, 2019
Tranmere Rovers continue to be plagued by a long injury and suspension list as they prepare for a trip to St Andrews on Sunday...
Read More

Five strikers Tranmere may target before the season opener

Author adminPosted on July 26, 2022July 25, 2022
As we edge nearer to the opening day of the season, Tranmere fans are anxious to see more names added to the squad list....
Read More