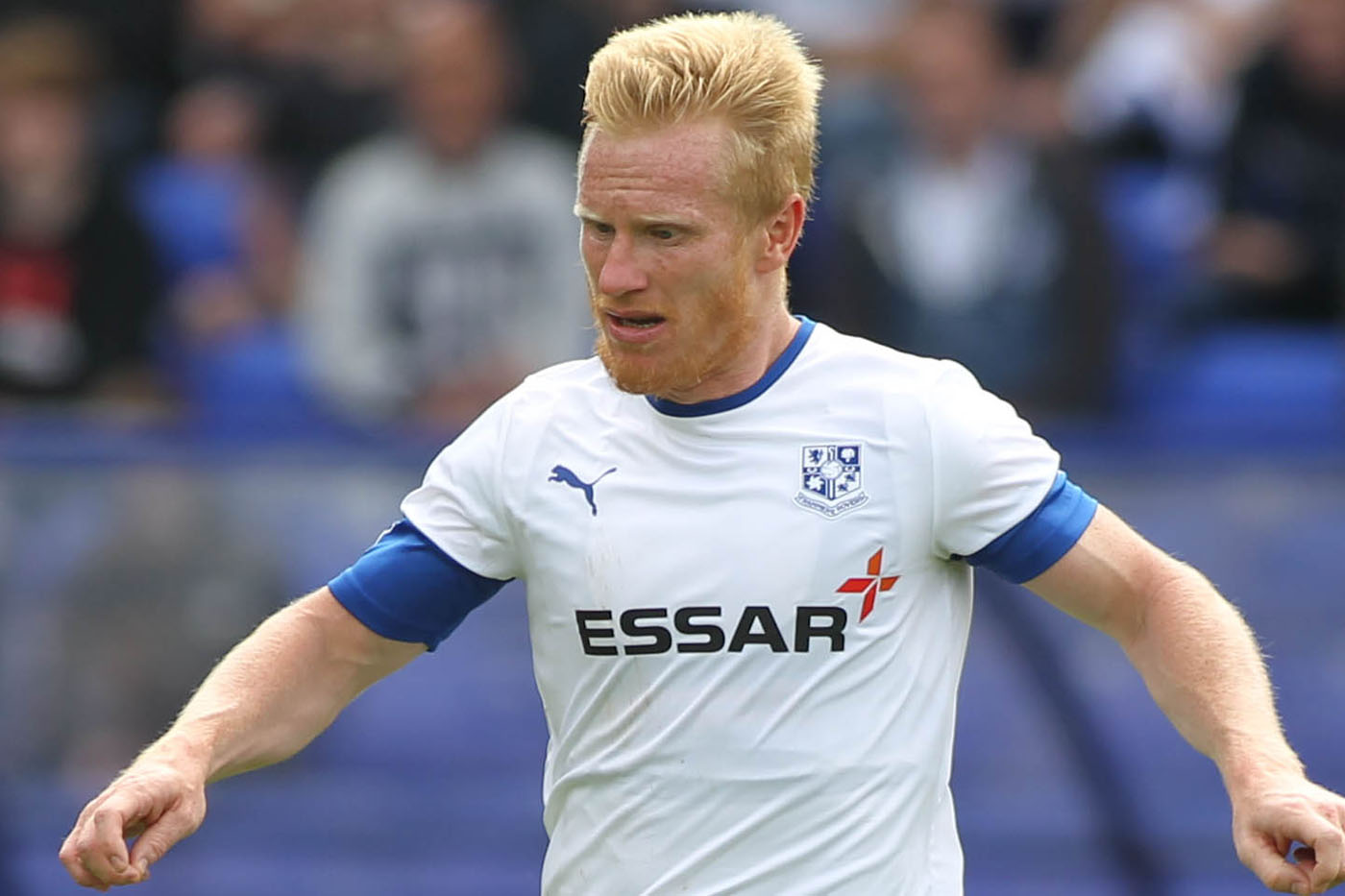 Tranmere Rovers continue to be plagued by a long injury and suspension list as they prepare for a trip to St Andrews on Sunday to take on Coventry City.

There has been positive news on this front with defender George Ray returning to competitive action on Tuesday night in the EFL Trophy victory over Aston Villa Under-21.

But, at the minute, every plus is met by a minus, and on the negative side, Connor Jennings will serve a one-match suspension against The Sky Blues for his red card against Shrewsbury Town last weekend.

This article is being written before the manager’s pre-match press conference, so we may well get some updates on the progress of some of these players before the big game, which will be broadcast live on Sky Sports.

The former Millwall man has missed the last two matches through injury, leaving the team short of numbers in that central defensive area. The return to fitness of George Ray is a plus, but Micky Mellon will be hoping that he’ll also have Nelson available to him for Sunday’s game. Whether that will be the case or not, we’ll probably find out a bit more on Friday.

The versatile defender picked up a calf injury in the 3-0 defeat at Oxford United last month. Woods has missed the past few games and will remain absent for another couple of weeks.

The young full-back, on loan from West Bromwich Albion, picked up a knee ligament injury in training ahead of the Rotherham United game. He’ll be missing for a few more weeks, although the diagnosis was that the injury was not as bad as first feared.

Ellis sustained a knee injury towards the back end of last season and remains absent. It’s likely to be some time yet until we next see the experienced defender in a Rovers shirt on the pitch.

Another who picked up a serious knee injury at the end of last term, the young defender is unlikely to be available for selection until the new year at the earliest.

The veteran midfielder has been highly influential in the heart of the Rovers side since he arrived at the turn of the year from Rochdale. He picked up a hamstring injury during the 2-1 victory over Burton Albion and has missed Tranmere’s last three matches. He has returned to training this week and could be in line for a place in the 18-man squad.

Not an injury in this case, although we believe he has been struggling, and playing through, with a groin niggle. Danns is away on international duty with Guyana for their CONCACAF Nations League double-header against Antigua & Barbuda.

The on-loan Chelsea man is yet to make an appearance for Rovers since his move from Stamford Bridge. The midfielder was in the matchday squad for the trip to Rotherham a few weeks ago, but has not been involved since. Maddox has returned to Chelsea for some treatment, but a timescale on his absence is, as yet, unknown.

Connor netted the winner in midweek against Aston Villa Under-21, three days after being sent off against Shrewsbury Town. That red card means he will serve a one-match suspension on Sunday, another key player absent from the squad.

The forward, on loan at Prenton Park from Coventry, is ineligible to face his parent club as part of the loan agreement.

The big striker was enjoying a good pre-season campaign, having recovered from the injury problems which blighted his spell after joining Rovers in the second half of last season, before sustaining a hamstring problem against Walsall in the final warm-up match before the new campaign. There’s still no real news of how close he is to a return to action.

Another player who sustained a knee ligament injury in training a few weeks ago and has missed the past few games. The striker should only be a couple of weeks or so away from a potential return to the reckoning, but Sunday comes too soon for him.

Rovers cave in late at Aldershot

Author paddock_charliePosted on October 21, 2017October 23, 2017
It had a slightly predictable feel to it today as Rovers succumbed to two late goals to fall to defeat at Aldershot, as a...
Read More

Tranmere return to training: Here’s what we know and what we don’t

Author adminPosted on August 4, 2020August 4, 2020
Tranmere returned to pre-season training at the Campus yesterday, though the photo gallery on the club’s Facebook page didn’t give much indication as to...
Read More

Author adminPosted on September 29, 2019September 29, 2019
Tranmere came returned to Wirral late on Saturday evening and with nothing to show for their endeavours in a tough match at Ipswich Town....
Read More

Author Paul HarperPosted on August 26, 2018August 31, 2018
Tranmere Rovers got back to winning ways with a hard-fought 1-0 win over Port Vale at Prenton Park on Saturday afternoon. In truth, it...
Read More

Plan to watch the Bundesliga? Some tenuous TRFC links to help you pick a team

Author adminPosted on May 14, 2020May 14, 2020
Friday night sees the German Bundesliga kick-off again as live football finally returns to our screens (if you have BT Sport). So, if you’re...
Read More

Mellon “disappointed” with the goals conceded

Author adminPosted on March 18, 2018
Tranmere boss Micky Mellon was a frustrated man following his team’s 2-1 defeat at Boreham Wood on Saturday and expressed disappointed both with the...
Read More

News
Author adminPosted on August 7, 2020August 7, 2020
Some of the uncertainty hanging over the EFL could be cleared-up today with Rick Parry set to do what...
Read More

Opinion
Author adminPosted on August 5, 2020August 4, 2020
From Sasa Curcic and Daniel Amokachi to Jonathon Tehoue and Pascal Chambonda. Tranmere have had hundreds of trialists in...
Read More

League Two salary cap could be voted in today

Author adminPosted on August 7, 2020August 7, 2020
Some of the uncertainty hanging over the EFL could be cleared-up today with Rick Parry set to do what he apparently does best –...
Read More