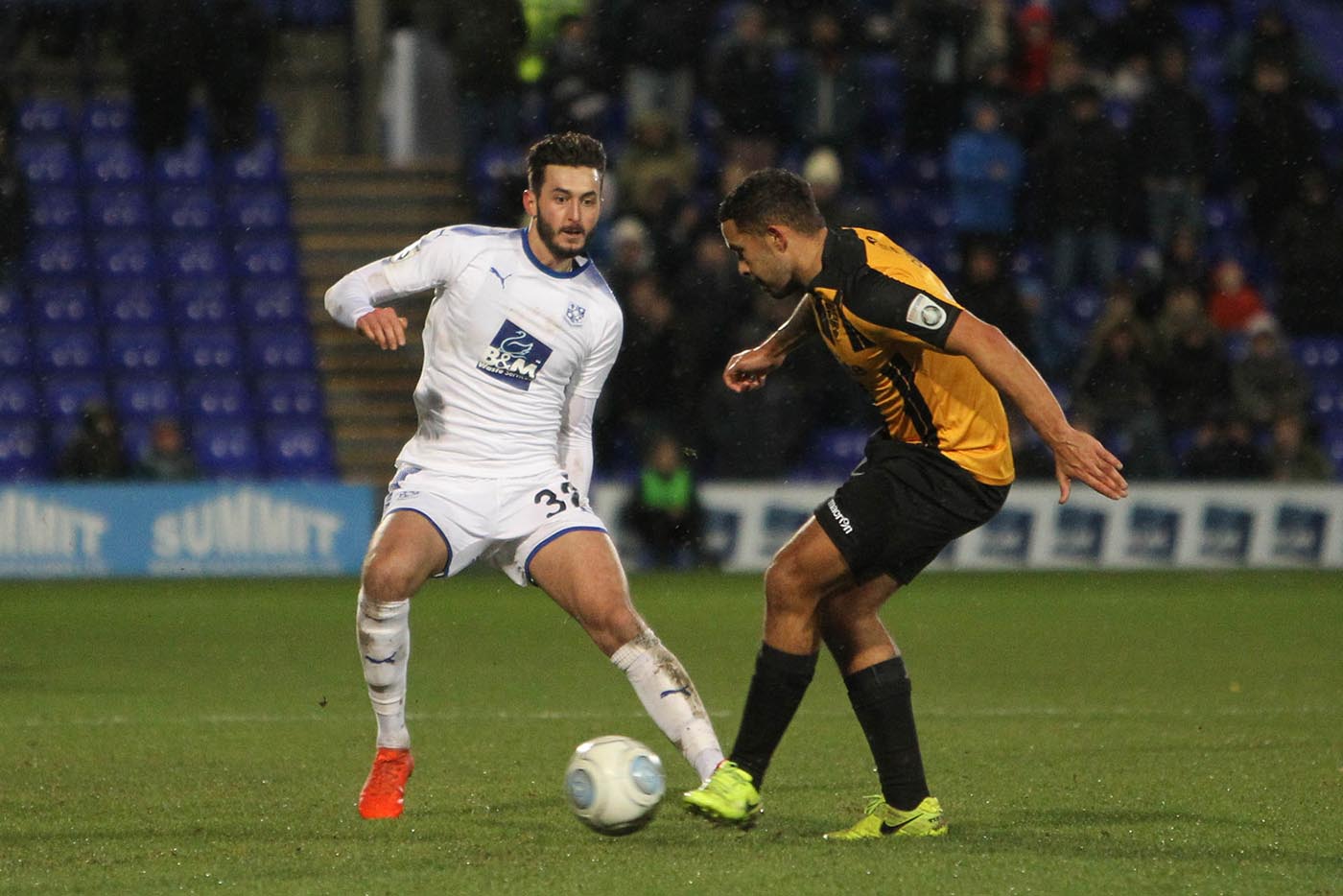 Banks is a familiar name to Tranmere fans having joined the club on loan in November as Rovers languished in the lower reaches of the National League. He had a very strong spell with Micky Mellon’s side, and following his release by the Latics, he has penned a two-year deal at Prenton Park.

He’s a player that will likely slot straight in to the void left by the influential Jeff Hughes who has returned to Ireland to see out his career with hometown club Larne.

“I’m delighted to bring Ollie back to the Club on a permanent basis.

“We saw during his loan period with us last season just what a talented player he is. He made a very positive impression on us as a coaching staff and also with the supporters.

“I’m really pleased to add him to the group and am looking forward to working with him again.”

Ollie made his Tranmere debut in the 1-0 defeat at Gateshead, going inches away from netting a winner before the home side countered to steal the points themselves.

That was to be the catalyst for a six-game unbeaten run though as Banks, and fellow loanee Dylan Mottley-Henry, helped transform a season that was threatening to descend in to disaster.

Rovers were cruelly pegged back in his second game at eventual champions Macclesfield, but Banks was a stand-out performer. His frustration at a missed opportunity by Gerry McDonagh in stoppage time emphasised his desire and will to win.

The next five games resulted in victory with Tranmere netting a staggering 18 goals in those five matches alone to get a promotion challenge back on course. A 100% record in December sent Rovers in to the New Year energised, but they opened 2018 with a heavy defeat at Fylde.

Banks would score Tranmere’s only goal that day, and in the days that followed, Oldham recalled him from Prenton Park much to the displeasure of fans, and the player’s own father. He had clearly enjoyed his spell in Wirral, and thrived off playing in Micky Mellon’s team.

He would later join League Two Swindon on loan and had a solid spell at the County Ground, however, it always seemed likely Banks would return to Prenton Park once the season ended, and so it proved.

With the gap between the National League and League Two smaller than ever, Rovers’ fans should expect Banks to be a key player next term.

He’s the second summer signing following the arrival of Mark Ellis from Carlisle.

Chesterfield, welcome to the National League

Author adminPosted on January 2, 2019
Tranmere’s FA Cup Third Round tie at home to Tottenham on Friday night will be refereed by Andre Marriner, only the fifth time that...
Read More

Goalkeeper Davies could miss start of the season

Author paddock_charliePosted on July 20, 2018July 20, 2018
Tranmere goalkeeper Scott Davies could be set to miss the start of the new season, roversrearguard.com understands. Davies picked up an injury during training...
Read More

Why the Danny Rowe to Tranmere rumour won’t go away

Author adminPosted on July 5, 2018July 5, 2018
Whichever online source you use for your dose of Tranmere rumours and speculation, you will no doubt have been caught-up in the never ending...
Read More

EFL TV Deal: What it means to TRFC and why Leeds United, Aston Villa and more have thrown toys out of the pram

Author adminPosted on November 21, 2018November 21, 2018
The Football League has announced that they have reached agreement with Sky Sports on a brand new five-year television deal. However, it hasn’t pleased...
Read More

Author roversrearguardPosted on October 16, 2017October 16, 2017
Tranmere are finally back in the FA Cup proper after a two-year absence courtesy of a 3-1 win at Halifax in the fourth and...
Read More

Tranmere’s last visit to Sunderland was a nightmare!

Author Paul HarperPosted on October 22, 2019October 22, 2019
Today’s the day, a fixture many supporters have been looking forward to since the fixtures were released in June; Tranmere’s trip to the Stadium...
Read More