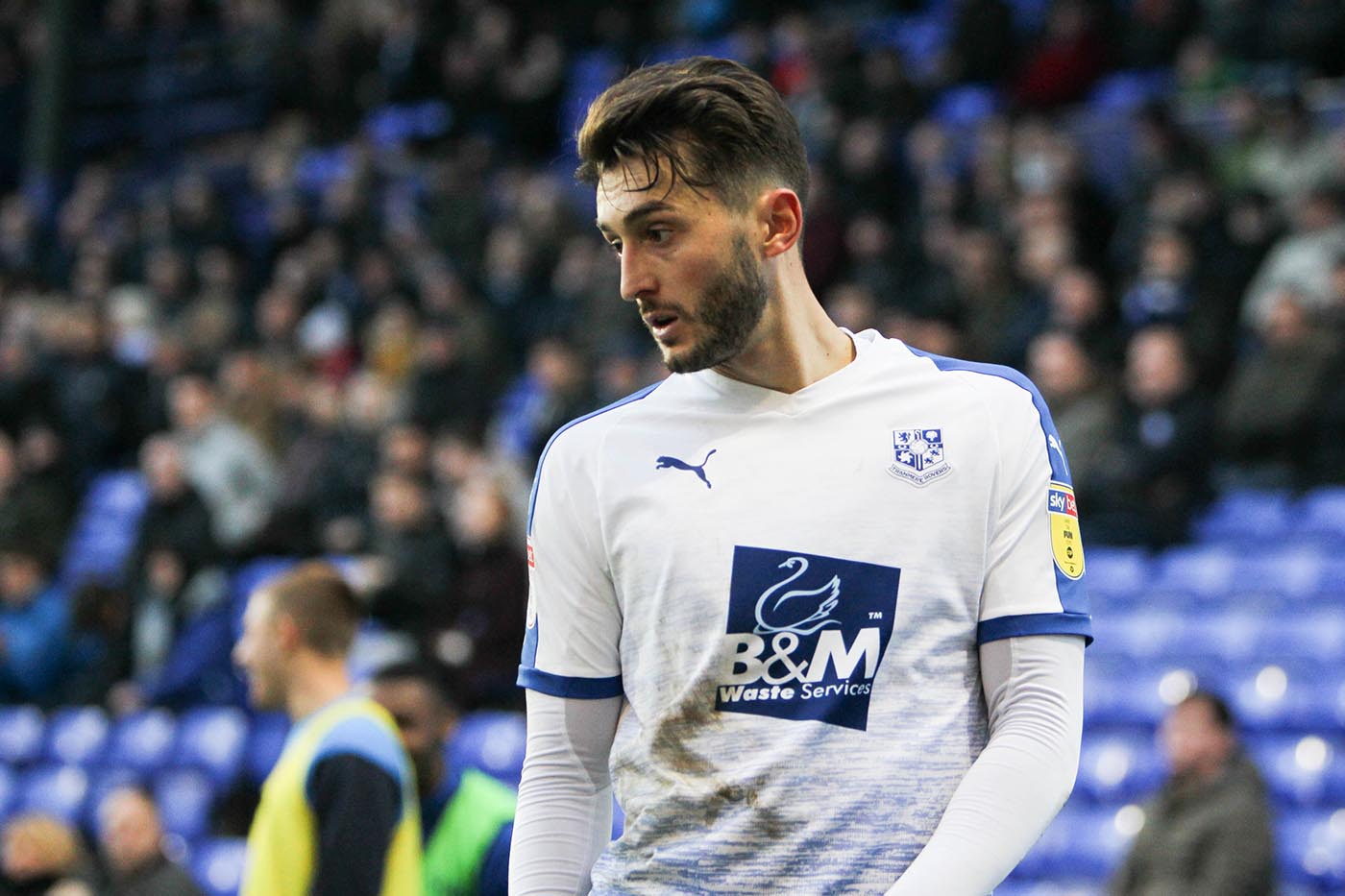 Tranmere Rovers made it seven wins in a row by dispatching Carlisle United 3-0 at Prenton Park.

The scoreline tells some of the story, but it could have been a very different one had the visitors taken one of their first half chances. As it was, Rovers grew into the game, and after scoring on the stroke of half time, never looked back and dominated the remainder of the game.

Kieron Morris came back into the Tranmere starting XI in place of Ben Pringle who was missing from the matchday squad altogether, presumably through injury, as Micky Mellon and his side looked to build on their impressive recent form.

It was a fairly even first half, but the clearer of the chances fell the way of the away side.

Rovers were perhaps affected by the early change that Micky Mellon was forced to make, Luke McCullough picking up an injury in the early knockings and limping off to be replaced by Jay Harris.

It did seem to have an impact, with Carlisle enjoying good possession in midfield and looking to use their pace in wide areas to cause problems.

James Norwood was on the prowl, looking to add to his impressive goal tally once more, and the league’s leading goalscorer went close with a diving header which went narrowly wide of the target.

At the other end, Tom Parkes used his speed to get in down the left hand side but his low drilled effort flew across the face of Scott Davies’ goal and wide of the far post.

Nathan Thomas had a similar effort a few minutes later with Carlisle finding a bit of joy down their left. Again, the shot went across the face of goal and out of play, but the warning signs were there for the Rovers rearguard.

At the other end, a couple of efforts from distance kept Adam Collin in the Cumbrians’ goal occupied. First a Norwood free kick which he had to follow closely and keep hold of, before tipping a speculative effort from Ollie Banks around the post after the midfielder tried his luck from fully 30 yards.

A clear cut chance went begging for the visitors on the half hour mark as they countered quickly down the right. A low cross found Callum O’Hare 10 yards out and in front of goal but the Aston Villa loanee conspired to hit the crossbar with his effort when the goal was at his mercy.

It was a let off for Rovers, who had Davies to thank after a smart save kept out a Jamie Devitt shot from distance moments later as United looked the most likely to break the deadlock.

Connor Jennings fired wide from 25 yards before Rovers opened the scoring at the perfect time, just before the half time interval.

Good play down the left resulted in David Perkins firing in a pinpoint cross from which Banks nodded home from close range to give Tranmere the lead.

Goals change games and after escaping a couple of let offs earlier on, the goal settled Rovers down and the second period saw complete control from the front.

Perkins fired in a low dipping effort from distance which Collin watched well and dealt with before an excellent cross somehow evaded Jennings inside the six yard box before Carlisle scrambled the ball clear as Rovers looked to extend their advantage.

They achieved that on 63 minutes through the ever reliable source of James Norwood. It wasn’t the prettiest goal he’ll score, but it took his seasonal tally to 29 so I doubt he cares too much about that. Caprice again did well down the right, and his low cross was bundled in via the Rovers number 10.

Harvey Gilmour joined the action in place of Kieron Morris and Rovers continued to look a threat.

The third goal came with eight minutes remaining. A corner kick from the right was met by a towering header by Manny Monthe at the back post, and that was that. Match won and the party atmosphere cranked up even more with an already buoyant crowd going into overdrive.

Seven wins in a row for Rovers, a feat not achieved by the club since 2003. Seven more matches still to play meaning it is going to be an exciting climax to the campaign.

Can Tranmere Make It The Magnificent Seven?

Author Paul HarperPosted on August 16, 2019August 16, 2019
Tranmere Rovers are back in Sky Bet League One action this weekend as Bolton Wanderers are the visitors to Prenton Park. Still looking for...
Read More

Tranmere to take on Liverpool and Radcliffe in pre-season

Author adminPosted on May 24, 2020May 24, 2020
How would football history be different if every season was suspended on 13 March and determined by ‘points per game’? Using the official website...
Read More

What is a seven day approach in football?

Author adminPosted on August 8, 2021August 8, 2021
After a difficult 18 months, fans returned to Prenton Park without restrictions yesterday for the season opener against Walsall. And what an opener it...
Read More