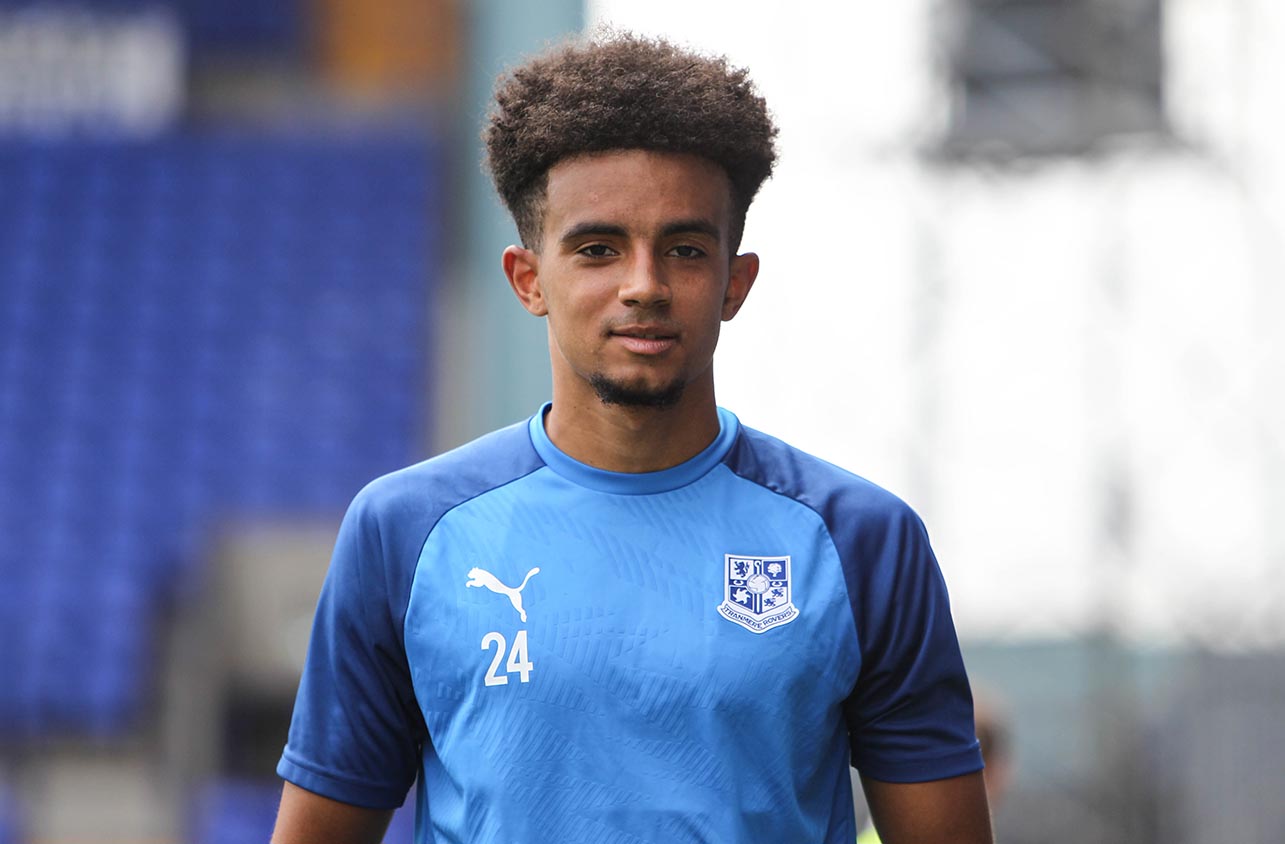 Tranmere Rovers go into this weekend’s game against Ipswich Town with some confidence, having picked up four points from the previous two league outings.

It was an impressive late turnaround last week, as Rovers came from 1-0 down, with the 90-minute mark having passed, to beat Burton Albion 2-1 at Prenton Park, following a similar comeback result to pick up a point against Peterborough United.

Those results are extremely positive, showing the team’s durability, work-rate, desire and determination to keep going right until the bitter end.

Last Saturday’s win was tainted by yet more injuries, however, with centre-back George Ray having to be withdrawn at half time with a knock after midfielder David Perkins had already limped off with a hamstring injury. It’s doubtful that he’ll be available for the weekend, but we’ll have to wait and see.

We saw Liam Ridehalgh operate as part of the central back three last week, before switching to right-back to end the game, so it will be interesting to see which system boss Micky Mellon goes with for this one.

All the defensive injury woes are all the more worrying when we know exactly who we’re coming up against on Saturday, with ex-Tranmere striker James Norwood now leading the line for The Tractor Boys. The positive is that we know all about the threat he offers, so hopefully that knowledge can help the Rovers rearguard.

Ipswich are one of the favourites for promotion back into the Championship, after their relegation last season, and are currently unbeaten and sitting on the top of the pile in League One.

It’s undoubtedly going to be a tough test going to Portman Road, and the extensive injury list, of course, doesn’t help. But we don’t have any suspensions! There’s a positive!

As we begin our build up to the weekend’s game, here’s a look at all the injury concerns facing Micky Mellon.

Let’s start with some good news! The right-back played 60 minutes of a reserve fixture during midweek after training in the past couple of weeks. Assuming he came through that outing unscathed, we’d imagine he’ll be involved with the first team squad for Saturday’s game. After picking up an injury in the final warm-up game of pre-season, it will be a welcome return as we’ve played most of the season thus far without a recognised right-back.

The versatile defender picked up a calf injury in the 3-0 defeat at Oxford United. Woods has missed the past two games and will remain absent for a few more weeks yet.

The young full-back, on loan from West Bromwich Albion, picked up a knee ligament injury in training ahead of the Rotherham United game. He’ll be missing for a few more weeks, although the diagnosis was that the injury was not as bad as first feared.

Ellis sustained a knee injury towards the back end of last season and remains absent. It’s likely to be some time yet until we next see the experienced defender in a Rovers shirt on the pitch.

Another who picked up a serious knee injury at the end of last term, the young defender is unlikely to be available for selection until the new year at the earliest.

The former Crewe central defender was replaced at half time last weekend as Rovers defeated Burton Albion and so seems to be a doubt for the trip to Suffolk. With so many injuries in defence, it will be interesting to see if Micky Mellon stays with a back three for the trip to Portman Road or reverts to a back four, which appears more likely given the players at his disposal.

A big blow to lose an experienced and influential figure in the heart of the midfield. The veteran is the heartbeat of the side and sustained a hamstring injury last weekend against Burton Albion and appears out of contention to be ready for the trip to Ipswich. Luckily, Neil Danns has been brought in to the club recently and he did well when he came on last week and could be called upon for a lengthier role this weekend.

The on-loan Chelsea man is yet to make an appearance for Rovers since his move from Stamford Bridge. The midfielder was in the matchday squad for the trip to Rotherham a few weeks ago, but has not been involved since. Maddox has returned to Chelsea for some treatment, but a timescale on his absence is, as yet, unknown.

The big striker was enjoying a good pre-season campaign, having recovered from the injury problems which blighted his spell after joining Rovers in the second half of last season, before sustaining a hamstring problem against Walsall in the final warm-up match before the new campaign. There’s still no real news of how close he is to a return to action.

Another player who sustained a knee ligament injury in training a few weeks ago and has missed the past few games. The striker is unlikely to feature again until the end of October/beginning of November.

Tranmere vs Bury OFF while Bolton cancel their own match

Author adminPosted on August 20, 2019
Tranmere’s match at home to Bury on Saturday has been called off as the troubled Gigg Lane outfit continues to fight for its existence....
Read More

Author adminPosted on September 15, 2018
Tranmere put in yet another solid performance and came away with all three points as they won at Carlisle, their first away success of...
Read More

Author adminPosted on May 29, 2018May 29, 2018
The early odds for League Two have been announced with MK Dons, Northampton Town and Lincoln City among the favourites to win the league...
Read More

Tranmere to face Ebbsfleet United after incredible night in Aldershot

Author adminPosted on May 2, 2018
Tranmere will take on Ebbsfleet United in Saturday’s National League play-off semi-final after Daryl McMahon’s team came through an incredible game at Aldershot tonight....
Read More

Author adminPosted on August 20, 2019
Tranmere were beaten for the third time this season having gone down to a 2-0 defeat at Bristol Rovers tonight. That doesn’t begin to...
Read More

Final player stats for the season

Author adminPosted on April 30, 2018May 2, 2018
Saturday’s defeat against Hartlepool United brought the regular season to a close. We’ve now compiled all of the stats for the season. We’ve been...
Read More

News
Author adminPosted on November 11, 2022November 11, 2022
After a great run of form which saw Rovers register five consecutive league wins without so much as conceding...
Read More

Oh no, it’s Swindon away

Author adminPosted on November 11, 2022November 11, 2022
After a great run of form which saw Rovers register five consecutive league wins without so much as conceding a goal, familiar problems have...
Read More