Tranmere’s away form continues to be a significant problem as Rovers conceded another three goals away to lowly Notts County today.

Despite goals from Jonny Smith and Connor Jennings, the home side secured all three points after Mark Ellis needlessly conceded a late penalty for Jon Stead to convert.

With only two days until the crunch FA Cup tie at Southport, Micky Mellon made a few changes which were presumably focussed on keeping players fresh for cup replay. Skipper Steve McNulty was omitted from the squad while Manny Monthe was dropped to the bench.

In came Ritchie Sutton and Mark Ellis for rare starts at centre back. They were joined by Jake Caprice at right back and Zoumana Bakayogo at left back. Larnell Cole came in to the to the starting eleven as well after missing several weeks with injury, Harvey Gilmour was back among the subs.

Tranmere just didn’t get going in the first half, veteran forward Stead putting the hosts ahead as he was left all alone to tap home from a left-wing cross. Rovers hit back within five or six minutes, their only shot on goal in the entire first half saw Smith expertly cut inside and finish coolly.

The home side would go back in front on the stroke of half-time as Hemmings netted, and it left Micky Mellon with some work to do at the interval.

Thankfully, there was some real improvement after the break. Smith was the most threatening player on the pitch and he crossed for Connor Jennings to equalise with a smart header on 59 minutes.

From here, Tranmere looked most likely to win. Smith was denied by some fine goalkeeping after he poked a Bakayogo cross goalwards, but Rovers were again to end on the losing side away from home.

Defender Mark Ellis has struggled for game time since joining from Carlisle in the summer, and that may continue if mistakes like this persist. Despite there being little danger, Ellis slid needlessly in on Hemmings in the box leaving the referee no option other than penalty. Stead won it from the spot, 3-2.

So, Tranmere go in to Monday’s vital cup match on a horrendous run of form away from home and with several players missing. Add that pressure of being favourites, a sell-out crowd and the TV cameras all bearing down, and it could be an uncomfortable night.

Rovers need to improve on the road and fast – next week’s league game at Bury is another important one. 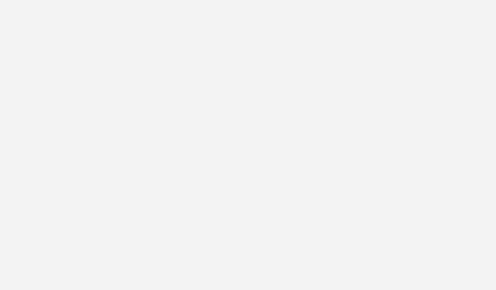 Kirby and Mangan among seven released by Tranmere

Author adminPosted on May 18, 2018May 17, 2018
Newly-promoted Tranmere have begun preparing their squad for life back in the Football League with seven players released today. Long-serving Jake Kirby leaves following...
Read More

Author Paul HarperPosted on January 24, 2020January 24, 2020
Tranmere Rovers play Manchester United on Sunday. Just let that sink in a moment… After a brilliant performance to knock out Watford in the...
Read More

Author adminPosted on June 13, 2018June 13, 2018
Tranmere boss Micky Mellon has denied that there were any discussions between himself and St Mirren after recent speculation linked him with a move...
Read More

Tranmere’s last visit to Sunderland was a nightmare!

Author Paul HarperPosted on October 22, 2019October 22, 2019
Today’s the day, a fixture many supporters have been looking forward to since the fixtures were released in June; Tranmere’s trip to the Stadium...
Read More

Author adminPosted on March 13, 2018
Former Tranmere defender Ian Sharps has been appointed as caretaker manager of League One side Walsall, with his first game in charge likely to...
Read More

Author adminPosted on May 27, 2021May 27, 2021
Tranmere striker James Vaughan has today announced his surprise retirement from football. Just days after a disappointing play-off defeat against Morecambe, Tranmere are now...
Read More